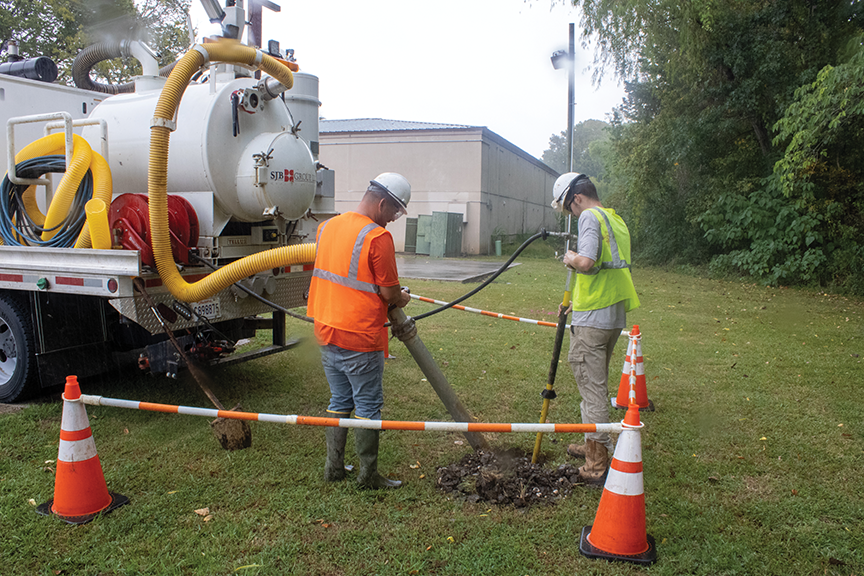 SUE can be costly, but good communication can help to reduce the price tag.
By Michael Downes
811 Magazines

How well do you know SUE? No, not your mother’s best friend, but the project manager’s best friend for the last 30 years—subsurface utility engineering.

The traditional approach to SUE requires an entire job to be located at the same class level of accuracy—which is necessary when major excavations will take place in crowded rights-of-way but might not be necessary on the margins of the project where no digging will take place.

But over the last few years, engineers have been approaching SUE more wisely, saving money and time while 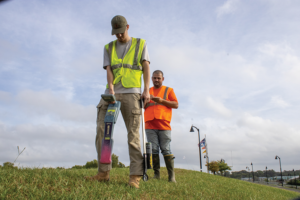 The SJB Group in Baton Rouge, said many project designers, engineers and construction companies are now using “selective” SUE, a way to divide a project into different sections and pin down utility locations only as accurate as is necessary for each portion of a project.

“One of the things we are trying to do is reduce the cost of the initial SUE investigation, provide engineers with the information they need and do it at a more reasonable price by not having the full quality level through the entire project.”

The example he used to highlight the benefits of selective SUE is a hypothetical highway expansion project, where the median is being converted into traffic lanes, but where the shoulder and land beyond will not be disturbed.

“The way it’s been done in the past, everybody got the project limits and said, ‘OK we need quality level B throughout the entire thing.’ Well, if it’s a roadway widening project where they’re just tearing up an existing median and covering that up with pavement, you don’t need great utility information outside of the existing roadway, since no construction is going to be done there, because you’re not going to be doing any digging,” SBJ Group said.

Since the majority of utilities would be located outside of the digging area, just eliminating that portion of the SUE work and focusing on where the construction is going to be done, you can save time and money, still get the utility information you need to design a successful project, and catch the benefits of using SUE.

The SBJ Group recommends a conversation about the necessity of SUE quality levels be discussed before every project.

“For us to provide the best information at the best cost, we need to know what the purpose of the project is. What needs to happen in the initial conversation, which has been in the [SUE] Standard of Care since it came out in 2002, is to have the discussion between the engineer and the project owner to determine what’s the best route to provide utility information,” SBJ Group said.

Looking at each project in-depth before the design phase helps to eliminate unnecessary costs and revisions and reviewing the SUE plan prior to starting the investigation is the first step. Since each project is different, there’s not a one-size-fits-all approach to implementing SUE.

“There are some projects where you need it all. You need every bit of utility information you can get throughout the entire project,” SBJ Group said. “But once again, there are some where you can alleviate some of those costs. The conversation needs to be initiated by one or the other—the owner or the SUE engineer—if not both.”

Quality Level A is commonly known as “daylighting” or “potholing,” and usually involves exposing the underground facility with safer digging techniques like vacuum excavation. The locator gets a precise visual location of the utility including type, size, depth, material, as well as the lateral location. But potholing can be costly and time consuming, as the utility must be exposed every so many feet in order to maintain accuracy.

While that standard is critical for a project that requires digging in a crowded right of way, it might be overkill for a project where the excavation will take place hundreds of feet away from known utilities. That’s where selective SUE comes in handy.

In contrast, the second lowest standard is Level C, where surveying above ground facilities in the field, like manhole covers or fire hydrants, in conjunction with existing utility records, provides general information about the location of utilities—but where the precise depth and horizontal location are not necessary.

There are times when all four levels play an important part in providing the most accurate information at the lowest cost.

When the final project maps are assembled, each utility shown has a note, indicating which level of accuracy was used to identify its location.

So, regardless of what quality level was used in the planning stage, excavators are aware of how accurate the utility information is.

Most importantly, even though an excavator is presented with very detailed plans, every job requires a ticket to be submitted to the 811 call center at least 48 hours prior to digging. There’s no telling what may have changed between the design phase and excavation. It’s not just a good idea, it’s the law.