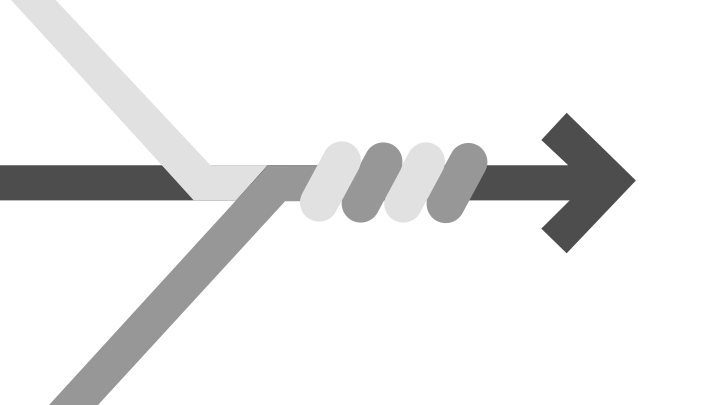 This question has been asked by many locators and excavators, in many places and with different levels of frustration in their voices. “Why does this project have to be so aggravating?” The answer to the question always includes a reference to better communication. And we all agree that better communication is critical in the process.

However, the truth is we often don’t communicate well because of how we see one another in the field. Abraham Lincoln was quoted as saying, “I don’t like that man. I must get to know him better.” On any given project, there is of necessity the locator and the excavator. Too many times, I’ve seen this relationship as adversarial as opposed to collaborative. Both recognize they are part of a team, but few recognize that out in the field, they are on the same team.

The truth is everybody is on more than one team. We have a “family” team, our “coworker” team, “the folks we hang around with” team and then there is the “stakeholder” team. There are other teams of course, but you get my drift. Obviously, we don’t have the exact same things in common with each team but clearly each team has something in common. One of the things we’ve learned is that we are not a team just because we work together at a place or on a project. We only become a team when we learn to trust each other. Respect and trust are the foundation of meaningful relationships and essential to the development of a successful team.

I once asked a long-time locator and an experienced utility contractor both known for their teamwork values. I asked the locator, “what makes for a successful project and/or a strong team?” He replied, “Two things come to mind almost immediately. Good communication on both sides and do what you say you’re going to do.” I asked him to explain just a bit and he followed up, “Projects that start with preconstruction meetings, update meetings during the project and on-site meetings, especially if there is a change in plans, almost always put both the excavator and locator at the right place at the right time. The locator needs to understand and respect the excavator’s plans and needs for the day. The excavator needs to understand and respect time constraints placed on the locator. If there is a conflict in time or resources both should have the ability to make the necessary adjustments to avoid frustration and damage.”

He continued, “When I say do what you say you’re going to do, I mean if a locator says he is going to mark the entire intersection by an agreed upon time, he needs to mark the entire intersection by that time and let the excavator know he did what he said he was going to do. If the excavator says he is digging one block on the west side of the street, that’s what he needs to do. Don’t push ahead of the locator, just do what you say you’re going to do. If you can’t do what you said you were going to do, for whatever reason, it needs to be communicated to the other side immediately. Avoid surprises which lead to failure.”

I then asked the utility contractor to explain the difference between a “good” project and a “bad” project. He said, “It’s the same difference between a ‘good’ team and a ‘bad’ team. It boils down to just good old fashion communication and documentation. If our crews are going to start a major project, before we touch a blade of grass, we want a preconstruction meeting. At that meeting, I’m going to identify the person that speaks for us on site. We want to discuss the do’s and don’ts for the project, exchange phone numbers and be ready to adapt on the fly. We tell our folks to call in work you can get done within the life of the ticket and to use the information given.”

When asked what he needed from the locators involved in the project he said, “Oh, I don’t know. I guess I’d say make themselves available. The most successful projects we’ve been involved with over the years were because we could work with the locator, because he was able to work with us. We all have obstacles to overcome on these kinds of projects, so we must work together as a team to keep from having unnecessary conflict. The truth is it just makes sense to learn to work together because we know that it won’t be long before we’ll be working with these same guys on the next project. It makes sense to start off on the right foot.”

Both the excavator and locator find success when they learn the benefits of creating a team with a common goal. One that works well together, understands the strengths and the weaknesses of each team member. The value of such teamwork is that they become adept at identifying all aspects of the project and accept responsibility for updating one another.

This in a way is the essence of effective communication. As the article began, we always hear “we need to communicate better.” Effective communication is the most important part of teamwork and almost never happens unless you see one another as being on your team instead of being your biggest problem. Of course, being a good communicator means being a good listener. Not only is listening a matter of courtesy and respect, it goes a long way in building the trust in one another necessary to be successful.

Clint Eastwood may have said it best, “A man has got to know his limitations.” A strong and effective team develops confidence in one another. By working together, they learn each other’s capabilities, then communicate their needs and find ways to keep one another working with minimal disruption. It’s through this process of communicating with each other, both become aware of what must be done, what can be done and commit to what will be done.

So how do we build that successful team? We already know the formula. Walt Disney said, “The way to get started is to stop talking about it and start doing it.” I expect that’s the same first step in the field too.