Getting Back Up After Getting Knocked Down 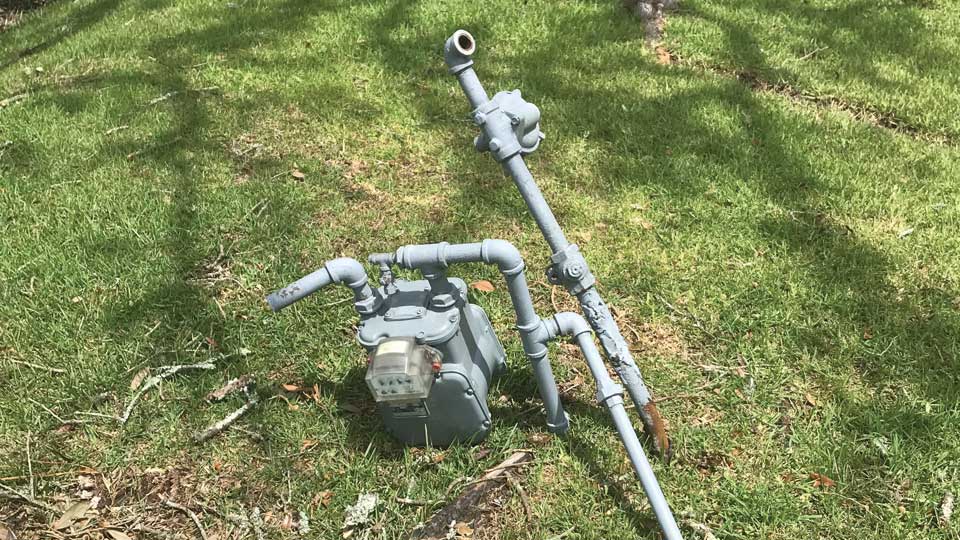 Recently we talked with Molly Smith, Damage Prevention Manager for Louisiana/Mississippi for CenterPoint Energy about lessons learned from a busy hurricane season.

As Molly was just settling in her new role as Damage Prevention Manager for the two states in the grips of COVID-19, her attention was about to be diverted in the form of three relentless and devastating hurricanes in an eight-week period of time beginning with a lady named Laura, followed by Delta and concluding with Zeta.

Laura made landfall near Lake Charles, Louisiana on August 27 as a strong Category 4 hurricane with 150+ mph winds. Needless to say, Laura caused considerable and catastrophic damage to businesses, homes and infrastructure. The damage was seen in the widespread roof and structural damage, downed trees, powerlines, and poles, as well as extensive flooding from the storm surge.

Molly said, “The scope of damage was staggering and reports of utility damage from downed poles and damaged gas facilities started coming in almost immediately. After the initial reports started coming in, mostly from local fire departments, it was obvious that coordinating the utility restoration was going to be critical to our recovery efforts.”

We’ve all seen the mutual aid support that power companies have in place in times of disaster. It’s impressive to see convoys of electrical trucks, manpower and equipment coming to restore power grids in record time and often working around the clock to bring some sense of normalcy back to an affected area. It can be overwhelming to other utilities trying to stay up with the volume of work that must take place.

Molly continued, “From the time Laura hit the coast and through the next five weeks, there were about 4800 Entergy mutual aid workers working together to replace more than 11,000 downed poles without creating damages to other underground facilities.”

She then said, “It was apparent that there needed to be a plan to protect underground utility lines that could be in conflict. As the result of that mutual concern Entergy, AT&T and CenterPoint partnered with one another and with their locating partner USIC to develop and execute a plan with safety and damage prevention in mind. So it was determined that when the mutual aid workers arrived to rebuild the power grid, a locate ticket would be called in for each and every job. Line locators would then be dispatched to stay ahead of the mutual aid crews working on the pole replacement projects. This pro-active approach allowed the mutual aid crew to focus on their task at hand and at the same time protect our underground utility lines as well as those of other utilities in the area.”

Molly thought for a moment and said, “It has been a learning experience for sure. By working together, we were not only able to ensure the safety of the crews in the area, but at the same time, to protect the communities and neighborhoods we served.”

While USIC was committed to locating ahead of the mutual aid crews, CenterPoint’s employees were busy responding to damages to their own natural gas facilities from things such as uprooted trees, flying debris and collapsed houses.

Molly said, “For the first couple of days, in addition to our crews completing assessments to determine areas with damaged natural gas facilities, we were also receiving reports from fire departments as they responded to calls from concerned citizens. When the mutual aid crews arrived, they began to report damages to our natural gas facilities as well when they identified them on their project sites. One of the ways our Damage Prevention team jumped in to assist our local Operations group was to assist in calling in the emergency locate requests for our own crews to Louisiana 811.”

When asked how that went, she said, “The Louisiana 811 agents were absolutely amazing. They continued to answer the phone with grace and professionalism. They were kind and understanding of our situation. We were calling so often; they began asking us how we were doing. They certainly helped to make the process more bearable.”

Looking back over the immediate impact and subsequent restoration of services to customers in the area, Molly was asked about lessons learned that she could share with readers of the 811 Magazines.

She said, “It would be best to already have a plan in place in advance of any disaster. Most of us think we already have a plan, but in the case of Laura, I’m not sure we were as prepared as we needed to be for the impact of a Category 4 hurricane, both in size and destruction. I think we needed to have a better awareness of the number of people we were going to have to interact with and just who all the players were. We had a joint utility after action review to discuss how everything went and what we could have done better. Perhaps we need to set up a mock drill from time to time to ensure the next time disaster strikes, all the players are on the same page from day 1 instead of day 5. We feel that we executed well on the plan we had in place at CenterPoint Energy, but from a global Damage Prevention view, there are always areas to improve and apply lessons learned from our industry partners.”

Molly was then asked to share any final thoughts she might have about the restoration and clean up efforts. She shared, “While we were able to protect our facilities with minimal underground damages during the power restoration efforts, the above ground damages resulting from debris cleanup and home demolitions in the weeks following the storm are areas that we are working to improve our processes and education efforts around. Since these types of work are often considered “above-ground”, there are few if any 811 tickets called in. Since no tickets are called in, we did not have a good grasp of the locations where the clean up was to take place and as such, experienced damages to meters and above-ground facilities. This is a safety concern that has been identified and is part of our ongoing improvement review for our disaster response plan.”

She concluded, “No matter what… routine work, large projects, or disaster recovery, we need to step back from what we’re doing and realize that everything we do revolves about safety. Safety is our number one goal and that’s not just a slogan. Everything we do each day is and has to be about safety. Damage Prevention is about safety of the public, our employees and our facilities. Accurately locating and safe digging is about safety. And the thread that makes it all work is effective communication.”

You are exactly right, Molly. Talking to one another should never be a last resort, it should be the first action item on the list. Talking with one another makes it possible to work together and when we work together, we make things work better.