Enforcement: What Alabama Has Needed for Years 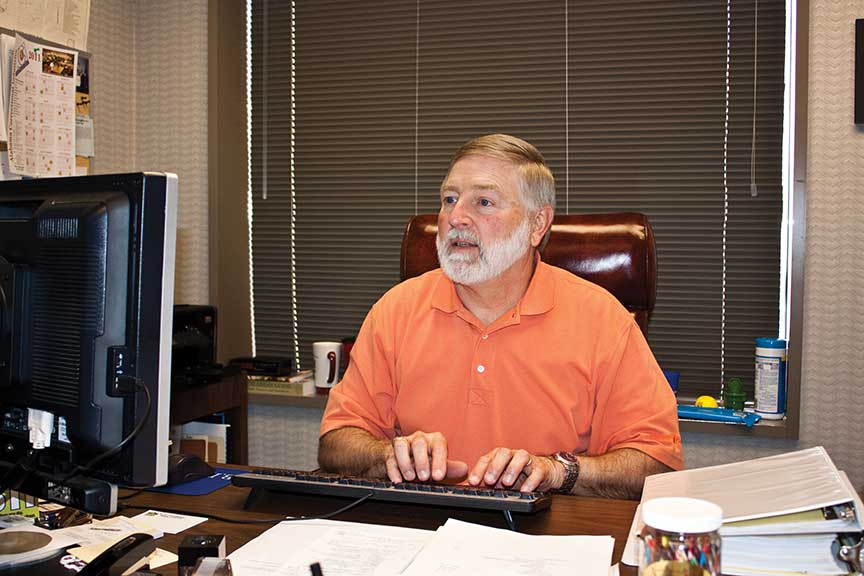 For the last several years, Alabama 811 and the Alabama Public Service Commission have met with representatives of the Pipeline and Hazardous Materials Safety Administration (PHMSA) to discuss Alabama’s Damage Prevention efforts. Each year Alabama has been deemed “inadequate” by PHMSA in the areas of membership and enforcement. This “inadequate” status was brought about by the U.S. Congressional mandates to PHMSA to evaluate and grade the states’ damage prevention programs to stem the number of excavation damages that have been occurring nationwide. In 2019, the Alabama Legislature passed Senate Bill 315 to amend the current “Alabama Damage Prevention Law” (“Law”) to include mandatory membership in Alabama 811 and the creation of the Alabama Underground Damage Prevention Authority (“Authority”) as an enforcement agency to oversee damage prevention in Alabama. This “Authority”, once functional, should satisfy PHMSA’s requirements and set Alabama on the path to an “adequate” status. This status is desired since PHMSA has the authority to impose its jurisdiction, and fines, over the states that are considered “inadequate” in the next year. There is also the possibility of PHMSA withholding “grant” monies from these states for their failure to become “adequate”.

Just as a short synopsis, the “Authority” is composed of seventeen (17) stakeholders from across the state; fourteen (14) members from various industries and three (3) members from state agencies. The “Authority” elects an Executive Committee from the fourteen (14) non-state agency members. This Executive Committee is responsible for levying civil penalties and taking other actions such as remedial training for offenders of the “Law”.

The “Authority” will be driven by an on-line complaint system. Anyone can access the web-based system to file a complaint alleging that there has been a violation of the “Law”. This complaint will be sent to the Administrator of the “Authority” who will review the facts and information included in the complaint. If the Administrator deems the complaint to be justified by the evidence received, it will be forwarded to the Executive Committee for action. The Executive Committee will then determine if remedial training, a fine, or both actions should be levied against the alleged violator of the “Law”.

So that leads to the title of this article, Enforcement, What Alabama Has Needed for Years. Although the “Law” has been in effect in Alabama since 1994, and existing provisions allowed for prosecution of offenders, very little had been done since its inception. Only one or two cases have been brought forth and prosecuted since 1994. Now, with the creation of the “Authority”, more violations of the “Law” will likely be reported, and actions taken. With the rise in the number of damaged facilities each year due to various causes (locates not completed on time, excavation started too early, failure to hand excavate in the “tolerance zone”, just to name a few) this “Law” is timely and much needed. So many over the years have failed to recognize the inherent dangers of excavating without a “locate” ticket or not following the guidelines in the old version of the “Law”. We might finally see a downward trend in the number of damaged underground facilities in Alabama, thanks to the formation of the “Authority”.

In response to those of you who have asked me, “when can I start filing complaints with the new “Authority?” The answer is, “you can start filing now.” The “Authority”, the processes and procedures are operational. I hope people will use it for what it is meant to be; a tool to help educate those people that are excavating around the underground facilities in this great state that might not realize the dangers that are possible when facilities are noticeably damaged or hit but damage is not immediately visible. Some of the worst accidents have come from damages that were never reported because the person did not realize how serious a problem can result from knocking the coating off a steel gas main, even if no dents or punctures occur. Similarly, breaking the insulation around a telecommunications cable or electric cable and letting moisture inside the coating can cause serious damage as time progresses.

Yes, Alabama has needed the “Authority” to report damages to for many years. We now have it; let’s use it for informing and educating everyone to the dangers of digging without knowing what is below. Let’s make Alabama a safer place to live, work and play.