Damage Prevention is a Team Effort 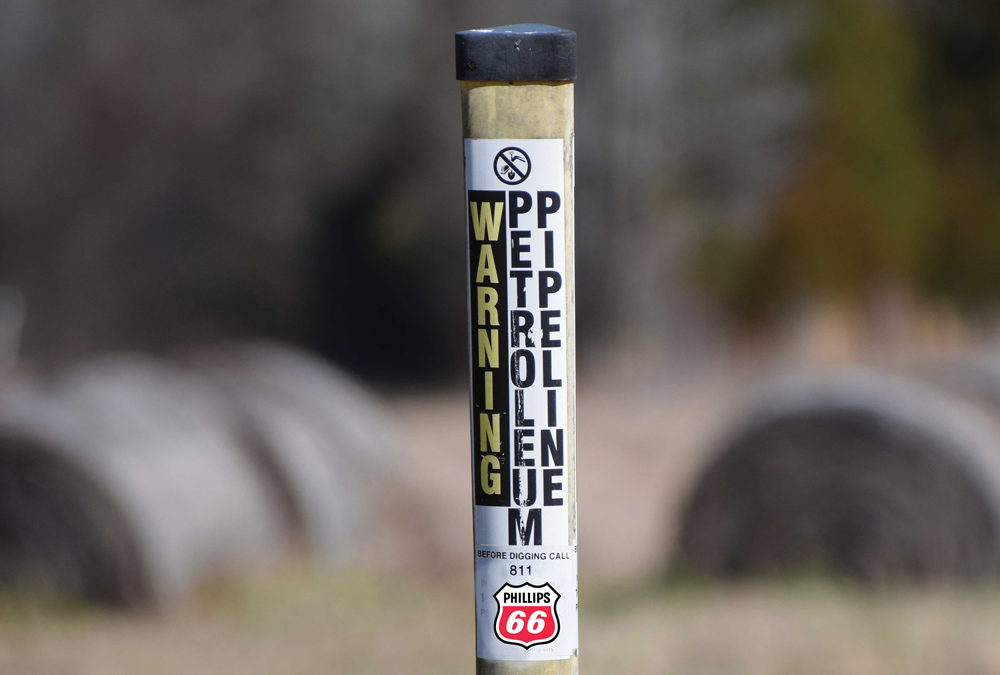 Keeping communities safe as people live, work and play in the vicinity of underground utilities is a team effort, particularly when it comes to oil and gas infrastructure, according to Doug Beck.

Doug, a pipeliner with Philips 66, has made it his mission to bring stakeholders together to ensure the safe transfer of hydrocarbon fuels and other hazardous materials through the company’s labyrinth of pipelines.

But he sees the cause as larger than just one company.

“We have a lot of interactions with landowners, homeowners, farmers and ranchers, emergency responders, excavators, home builders and other oil and gas companies. Anybody who is digging around the pipelines,” he said.

He said the industry as a whole is very sensitive to any suspicious activity around their infrastructure, and companies regularly work together to help keep everyone safe.

“We share rights-of-way, and all fall under certain regulations we have to meet,” he said. “So, we share information on how we meet the expectations of API (American Petroleum Institute), AOPL (Association of Oil Pipelines) and Federal and State regulators like the PHMSA and TXRRC… The most important thing is to protect the public, and that’s all collaborative in nature.”

The teamwork starts with landowners and homeowners, where Doug and his counterparts across the pipeline industry are in constant contact with those who live and work closest to remote facilities. Frequently, those folks are the first to notice a leak or other maintenance issue, and Doug’s goal is to make it easy to report any issues to the company.

“Sometimes people feel like you could get the runaround by calling a corporate 800 number, but I make sure they get a direct number to call,” he said.

And in a lot of cases, the direct number he gives out is his own.

“Nine out of 10 times, the landowner would prefer to call a local guy. I give them a point of contact that takes out the middleman. For instance, if I get a call for the Fort Worth area, I can be on-site in 30 minutes,” he said. “Having that collaborative relationship — with a face and a name and a cell number — they feel like a part of the team. It’s not a big corporation looking down on them, it’s a neighborly process.”

When Doug is in the field doing inspections or marking lines for excavations, he frequently talks to landowners, and dispels a lot of myths in the process.

“Most folks think of the pipeline as a half inch gas line, but in reality, they are four inches to 36 inches, and a most people are unsure of the products in them. So, we work with them to spot indications of leaks, and how to respond if they see something. 99.9 percent of the time, they are the ones who see the issue before we know about it,” he said, adding, “their first steps are the difference between saving their lives and their neighbors’ lives.”

Pipeliners, whose job includes a multitude of tasks including general maintenance, line locating, damage prevention, first response during emergencies, environmental concerns and safety leads are the face of the company to local excavators and landowners. And that’s by design.

“CEOs and other executives are doing great things, but most common people don’t know who the company’s executives are, but they know ‘hey, that’s my representative from Phillips 66,’” he said.

That effort has paid off, and they now have a team of watchful eyes, trained to call 911 and the pipeline company representative if there’s an emergency.

Should one of the landowners spot a hazardous situation, it’s important for local first responders to be prepared to handle the situation when they receive the call.

So, Doug and other safety officers across the state have been active in Damage Prevention Council of Texas, where stakeholders meet on a regular basis to discuss safety and other issues. First responders are frequent attendees, and pipeline companies hold training sessions specific to each department’s needs outside of DPC Chapter meetings.

For instance, most rural volunteer fire departments don’t have a large, dedicated and well-funded hazmat crew like urban fire departments do, but they’re likely to be the first on the scene at a pipeline emergency. Doug and his counterparts hold special training sessions on how to handle a variety of pipeline-related emergencies — and again, he provides direct contact information for fire crews to reach a pipeliner day or night.

“We give them safety data sheets and speak about how to respond appropriately. A lot of the training is how to react in an emergency, especially if there’s a fire. Because sometimes the fire is a benefit and you don’t want to put it out right away,” he said.

The company also provides grants for training and equipment to fire districts to better respond to various emergencies.

On the excavation side, Doug works closely with Texas811 and DPC chapters across the state to reach homeowners, landowners and professional excavators who may be operating near underground facilities.

“We are here to help you manage excavations around our pipelines,” he tells excavators. “We want to help because everybody’s got a job to do.”

In fact, at the time of the interview, Doug was taking a break from building a slideshow to present as part of a rural and agriculture outreach program for a damage prevention council.

“We provide these benefits — including locating lines and marking them — at no cost. Nobody wants oil in a waterway or gas or oil on their property harming animals, vegetation or crops. If we can work with excavators and make sure none of our utilities are hit and manage it well, we can protect the environment,” he said.

The final team member is often the most important — Texas811. They should be every excavator’s first call before a shovel meets dirt anywhere in the state — and they are the first-line defense in keeping underground utilities safe.

The company provides a clearinghouse of information for anybody digging in Texas — whether they’re excavating the basement for a skyscraper in Dallas or replacing a mailbox post in Luckenbach. State and federal laws require a one call prior to any digging activity, but Texas811 does much more than just coordinate line locates.

“We have a great relationship with Texas811. We work closely on ideas on improving their service to us, our service to them and customers who call in. They also manage the DPC chapter and provide materials and examples of incidents to help protect the public and show what happens when mistakes occur,” he said.

Doug is such a big proponent of the 811 system that he coined a phrase while working at a previous employer, “If you call 811 you may not have to call 911.” Doug said the cooperative team effort of the various stakeholders leads to increased safety, and decreased overall costs to the environment, the community and pipeline companies alike.

“Our foremost job is not about moving product,” he said. “That’s gonna happen one way or another, for the greater good of economy and consumers. But being safe in doing that is first and foremost in my mind.”

Great things in this industry are never accomplished by one person. They’re done by a team of people!